A Back-Up Generator May Not Be Available 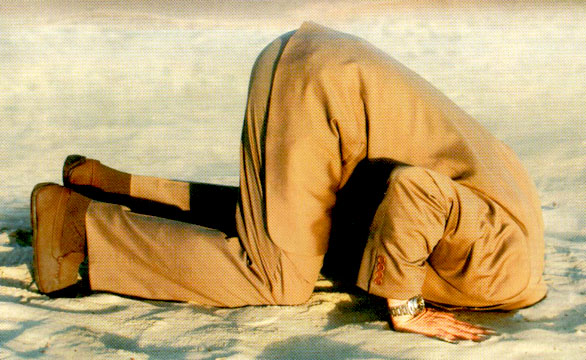 Time to Get Our Collective Heads Out of The Sand. “Grid” Your Teeth and get prepared, because a back-up generator installation during a crisis might be near impossible. This is why it is better to plan ahead.

There are many seemingly never-ending debates: Red vs. Blue; Paper vs. Plastic; Eating Meat vs. Being Vegetarian etc. These discussions are important. Right up to the second where there is some potentially cataclysmic event on the horizon, like a pandemic virus outbreak, a major earthquake, devastating fires, floods and mudslides. When the comforts of modern living are suddenly threatened, all those seemingly important topics don’t quite seem that important.

In China and now Italy, there is a complete shutdown of business and life as usual. Public events, schools, universities, gyms, public transportation, and many businesses have all been closed.

The worst-case scenario is a shutdown of our daily routines. On Wednesday 3/4/20, Los Angeles County declared a public state of emergency as a preemptive measure against new outbreaks of the Corona virus.

Things could get much worse. Imagine if this were happening during Santa Ana wind and fire season. This would result in Edison, DWP and PG&E shutting off the power to our homes and businesses. A complete loss of electricity. And, as a result, the loss of every mode of convenience and survival we take for granted.

There’s more. The national power grid of the United States is truly a mess. Held together with, as the joke goes, by not much more than “baling wire and chewing gum.”

According to data from the Department of Energy, it’s little wonder that the United States suffers more blackouts than any other nation in the developed world.

Because the infrastructure is so antiquated, weather triggers multiple blackouts per year in the United States. These eventual blackouts will collectively cost the nation billions in spoiled inventory, lost wages, and repairs.

Unfortunately, weather isn’t the only feared trigger of blackout. In the age of terrorism and increasing cyber-threats, our power-grid getting taken down by a hack is no longer seen as a question of “if it will happen,” but rather, “when it will happen?”

The U.S. government is so rightfully fearful of this. Last November, it ordered DARPA (the Defense Advanced Research Projects Agency) to war-game a complete cyber take-down of the U.S. power grid. An exercise they are now wisely running on a regular basis.

According to the Department of Homeland Security, just last year, hackers gained access to a number of utility control rooms in the United States. It got to the point where “they could have thrown switches.”

That clock is ticking…

Unfortunately, much like any major wide-ranging cataclysmic event, when an extended regional or national blackout hits, we will be on our own.

No one is going to come to the rescue.

How Will We Survive?

In the blink of an eye, we could lose access to money, food, fuel, communication, medicine, medical attention, heat, air conditioning, and security.

Even though most don’t do it, residents of California are reminded every year to assemble their “two-week” survival kit. In California, it was because of earthquakes. But recent events increases the reasons why we should move forward with a viable plan. Especially a backup power plan by getting a back-up generator.

Survival kits include water, non-perishable food, medicine, first-aid kits, batteries, a radio, flashlights, candles, cash, a hand-crank charger, with versions of all for your vehicle and office. This can include a back-up generator.

Remember…It’s Better to Be a Year Early than a Day Late!